On November 5th and 6th, 2016, The Villages R/C Model Sailboat Club Hosted the Soling 1M Open Regatta at Lake Mira Mar in Spanish Springs, The Villages. Twenty competitors vied in the two day event which was sailed using the Odd-Even format. The winds were eight to ten MPH from the North. The Race Organizer (RO) Bryan Engle and Race Director (RD) Tom Engle did an excellent job of organizing and running the event. The support of many other volunteers was excellent making this a first class event again this year. 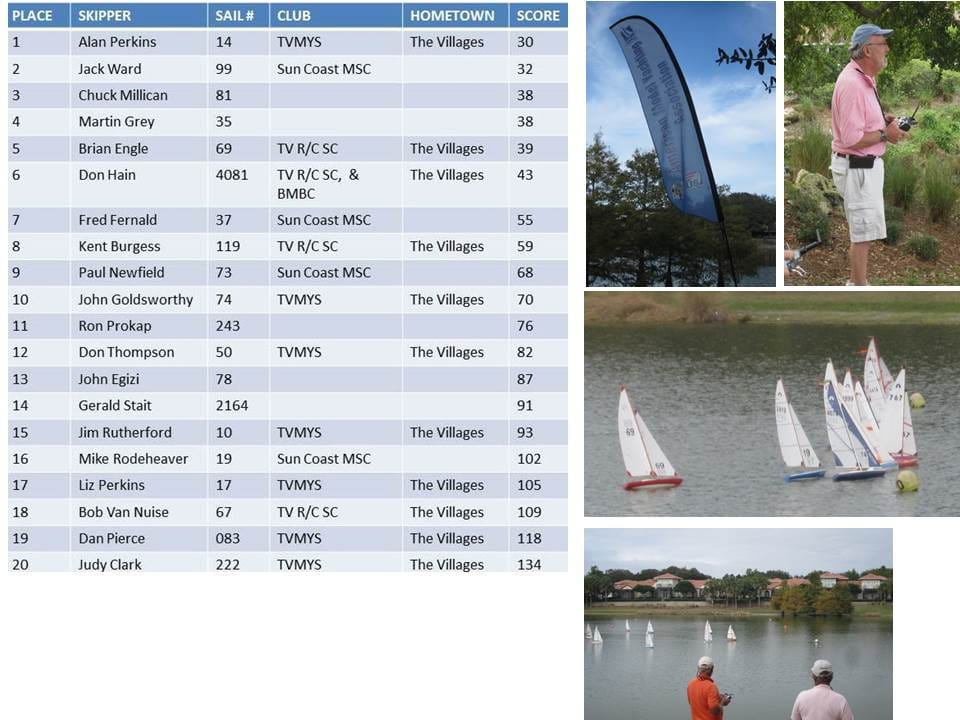 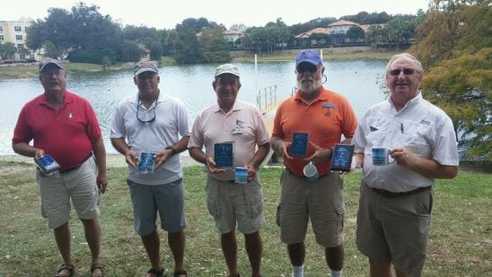